Would you like to get your products seen by more people and grow a strong following of customers who really relate to your brand? If so, instagram is a platform that has demonstrated tremendous growth. Nowadays many business owners are overlooking its marketing potential. Here are a few ways to use Instagram to build your business and brand.

Do you know how to build a following? Without a large number of followers, how can it possibly be an effective marketing channel? So, first of all create a list of popular Instagram accounts that reach your target audience. Next you can partner with them for what they call “shout-outs,” which can be either paid or unpaid. You share one another’s content, and you both encourage your followers to follow the other account. You get access to their audience,and they get access to yours. But paid shout-outs can be a great way to gain thousands of followers. However, you can begin to drive those followers to your website, engage with your brand, and subscribe to your email list.

Converting your Followers into Subscribers

If you want people hit follow on your Instagram, make sure that you have a catchy and informative bio. Include your business name and a concise description of what you actually do.Always try to keep it light and interesting, and avoid a salesy tone. Use a very specific call-to-action with a memorable URL that takes users to a unique page on your website. Then your visitors can ensure that the page they land on is packed with value.

As you know a picture is worth a thousand words, so let’s use this power to its full. Choose images that tell a story or inspire feeling. This image we shared is not only compelling and interesting, but it also elicits emotion and therefore drives engagement from our followers. Make sure your images reflect professionalism. That implies they’ll need to be high quality. Make beautiful and easily digestible content that helps your audience to share it and interact with your brand and also can explode your growth. You will get a more impact if you add text to your Instagram posts. Text can extend anywhere from a compelling question to a powerful, motivational quote.

Moreover, Posting when the largest portion of your followers is online will ensure your content is working overtime for you. So if you use Instagram strategically, it can have a significant impact on your reach, brand awareness, and ultimately the revenue of your company. 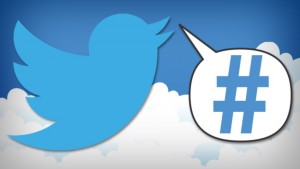 Once we have started using Twitter, we all have come across the term hash tag. We can see something in a tweet that has a # prefix. The # is a hash symbol; hence the term hashtag or simply #. A hashtag is simply a way for people to search for tweets that have a common topic. Hash tags are not any kind of official Twitter function. So where do hash tags come from? What are the benefits of using hash tags? Read the below article to know the benefits of using Hash tags in Twitter.

Hash Tags: How it works?

I hope this question gets into the heart of the confusion to everyone because hash tags are not any kind of official Twitter function. So where do they come from? Well, any user can create hash tags by adding it to their own tweet.

For example, when a latest news or older news, some Twitter user updated a post and added #breakingnews to it. We won’t have any idea who this person was, but somebody else would have read it and when he/she posted something about the incident, added #breakingnews to their tweet. Hence tweets would have been flying fast and furiously. It wouldn’t have taken long for this hash tag to go viral. Thus thousands of people posting about it would have added it to their tweets as well. Later, if you wanted information on the situation, you could do search on #breakingnews and can see everything that people had written about it.

The main purpose of Twitter hash tag is to promote your brand or search for relevant topics using these content labels. According to Twitter, this new concept will drive more organic reach for the businesses. Twitter has constantly been using hash tags to build new interfaces with the users. It turned out with hash tag promoting idea which helped organizations, drive their messages to their potential target.

When marketing with Twitter using hash tags, you should try to keep it as simple and relevant as possible. The tweets should connect with your audience, and should make them to share it. Long tweets, complex hash tags can make things complicated for your audience on the social media site like Twitter.

Businesses can use hash tags to build their brand, reach out to more people, and build on their visibility. Of course to achieve this, it is important to use the right hash tags, and also to use them properly when creating the tweets. Brand and campaign specific hash tags are tags that we make for our own business. Make a brand hash tag that is unique to your business. A campaign hash tag is a hash tag made for each of the marketing campaigns. For example, if you are having a promotion at your business, you can make a unique hash tag to further promote this short-term promotion.

Keyword research is one of the most important, valuable, and high return activities in the search marketing field. Keywords are the most important SEO element for every search engine; they are what search strings are matched against. Ranking for the right keywords can make or break your website. By researching your market’s keyword demand, you can not only learn which terms and phrases to target with SEO, but also learn more about your customers as a whole. Here are a few things which show the keywords are relevant to SEO.

Always judge the value of the keyword

It’s not always about getting visitors to your site, but about getting the right kind of visitors. Now, when the Web is so densely populated with sites, it is next to impossible to achieve constant top ratings for a one-word search string. Achieving constant top ratings for two-word or three-word search strings is a more realistic goal.Run your initial list of keywords by the Google keyword Suggestion tool, you’ll get a related list of keywords, shortlist a couple of keywords that seem relevant and have a decent global search volume.

Google’s AdWords Keyword Planner tool is a common starting point for SEO keyword research. It not only suggests keywords and provides estimated search volume, but also predicts the cost of running paid campaigns for these terms. Depending on your ranking and click-through rate, the actual number of visitors you achieve for these keywords will usually be much lower.

Keywords are very important not only as quantity but as quality as well. If you have more keywords in the page title, the headings, the first paragraphs, then this counts more Keywords. The reason is that the URL file names and directory names, the page title, the headings for the separate sections are more important than ordinary text on the page and thereforeif you have the same keyword density as your competitors but you have keywords in the URL, then this will boost your ranking incredibly.