Most people have heard of Dropbox by now, a simple service that lets you host and access your files no matter where you are in the world. Now valued at almost $10 billion, it is easy to forget that less than nine years ago, Dropbox was a relatively small startup that was struggling to find its footing.
Everything changed in 2009, when Dropbox decided to dramatically alter their promotion and marketing strategies. The main change was this: they took down almost every single thing on their website, and replaced it with a simple paper-cut explainer video that was two minutes and seventeen seconds long. For several years, this is all there was on the page, no links, no banners, no images. Just a video and a download button.

The video generated more than 30,000 views almost daily, and has been viewed more than 40 million times overall by now. As a result, Dropbox realised that their conversion rate – the number of people who visited their webpage versus the number of people who signed up for their service – had skyrocketed, to 10%. Doesn’t sound like a lot, does it? Let’s do the math. In five years, they had 100 million registered users. According to an estimate in 2011, every customer was generating about $4.80 of revenue per customer, which meant a minimum additional revenue of $48,000,000 per year, with a 137-second video.

If you’re wondering if an explainer video is the right way to go for your business, here is some information that might be useful.

According to Nielsen Research, Training and Consulting Group, the average user only spends about 10 to 20 seconds on a site. If you don’t capture their attention in that timeframe, you’ve lost them, and as we know, visual information is processed 60,000 times faster than text.
Only 20% of people remember the information they read and only 10% remember what they hear. But a whopping 80% of people remember what they saw.

One of Internet Retailer’s studies showed that product videos increase the likelihood of a purchase by 85%. Another one of their studies from 2012 showed that 46% of people will share a video on Facebook, and 40% will e-mail links.

According to the Invodo 2014 Video Commerce Benchmarks Report, video viewers are 1.6 times more likely to buy a product than others. In addition, 96% of customers believe that video helps them make purchase decisions

Videos that use animation let you visualise virtually any information you want, giving you an unparalleled advantage in reaching your customers. They are also far less obtrusive as advertising, letting you tell a story and entertain your customers while marketing your product.

Klientas can offer you high-quality and competitively priced explainer videos that can create striking visuals with mass-appeal, giving you a simple and effective way to boost sales and reach your customers. 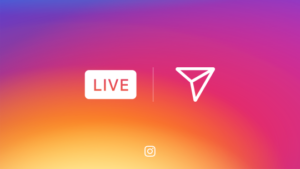 It’s no secret that Instagram is creating waves among social media platforms. Instagram has grown so much from an image sharing application to a full-fledged social media platform that can promote businesses at the most cost-effective manner. Instagram is constantly updating and upgrading their application to make their platform more user-friendly and feasible. Latest update from Instagram allows you to stream videos live. Now users can stream anything live from anywhere.

The unique thing about Instagram live is that its video doesn’t get hosted on the platform instead they get deleted in a flash once the broadcast ends. Instagram live videos can be made public or private and in both scenario users / followers need to tune right in the moment or else will miss out. Instagram live presents the ultimate opportunity for businesses to create engagement and connections with the followers.

1)  Promote and broadcast your upcoming event

Every broadcast in Instagram will have its own comment section. Like we discussed earlier this will let people know when you will start your live streaming. Let them ask questions through comment section, this will not only clear their queries quickly but also increase the engagements with your followers which eventually creates a strong branding for your company.

Unlike Facebook Live, Instagram live gives you the flexibility up to one hour long live videos. This allows companies to give elaborate explanations on what their product is about and how to use them.

Be it Instagram or Facebook, live videos can increase your brand reach beyond expectations. Try it now, or talk to our experts at Klientas today for more information. 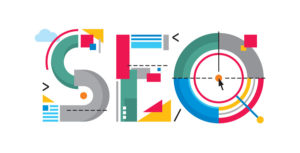 We could all agree that the digital world is competitive. Getting on the first page of Google is harder than before as more and more websites are sprouting day after day. Making your website/blog visible is no easy task. This is where SEO comes into the play. SEO is often defined as a set of rules followed by the website for search engines to improve the search engine ranking thus getting more website traffic.

Why is SEO important for your business?

There is no doubt that proper seo can draw more traffic. Studies show that people who search for a specific thing does not stop with a single search and find the thing they need, instead they search again and again with different keywords to find their desired website. If your website shows up in every single search for a specific need your website will instantly gain trust and they will surely end up in your site. It can also increase your business credibility. High search engine rank can make you credible to your customer’s eyes. Just imagine you are searching for a branding consultancy would you trust a company on the seventh page or would you trust a company on the first page? Obviously, the first page is where you want to be.

All your competitors are doing it

As we have already said before this is a competitive field. You have to think ahead of your competitor and make your website beat every other website not for a single keyword but for every different keyword related searches. If you are not improving and updating your position, you are probably losing to a competitor who is. Do not let your competitors outperform you by ignoring the importance of undertaking SEO.

As a matter of fact, SEO is an inbound digital marketing strategy. You are providing your service when the customer needs it. In other words, you are showing up when they are searching for services or products that you provide and you are not interrupting anything that they were doing. The only thing you have to make sure if you are the right business to purchase from. Organic SEO can lay the foundation and strengthen your online presence

SEO gives insights into your customer

Google analytics is a wonderful tool to track your website traffic. They give insights of your visitors. They give valuable data and metrics of how your customer searches, the days they are more active, the region they live, the language and technology they use and many more. This data can not only improve your business online but will also help improve your offline marketing strategies. You can then decide how to reach out to these masses with more quality services and products.

If you think you have enough and more reason to commence an SEO/SMO activity, talk to our experts today.